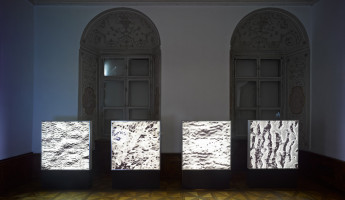 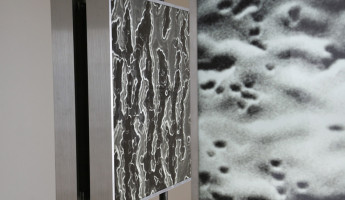 "referenceless" is about the impossibility of withdrawing meaning from an image. (...). The pictures represent abstract paradigms of knowledge, suprematic forms of portraying scientific knowledge, opening new avenues that allowsfor the questioning of its proceedings.There is a clear deliberation to exclude the author from the creative process. Nonetheless, Turk's photographs require the observer to confirm their meaning. The intrinsic intervention of the observer, which in science is an instrumental part of the scientific process, is required to certify that paradigm..” 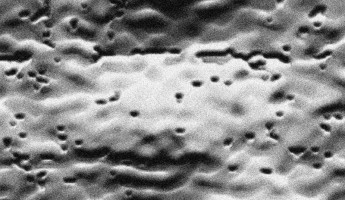 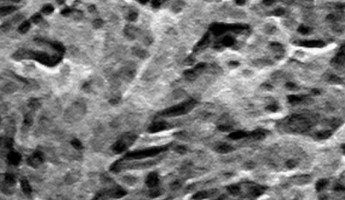 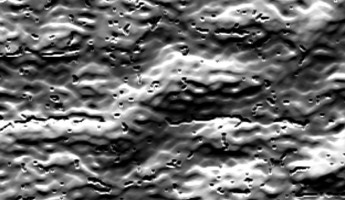 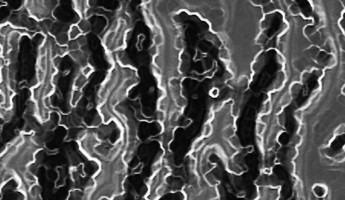 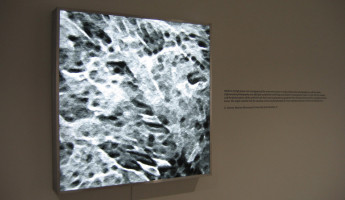 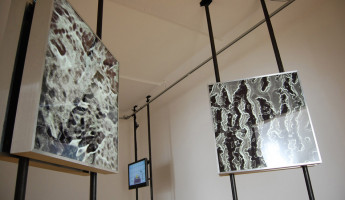 The manipulation of external references and social contributions to individual perception of science is illustrated in the sequence of photographs „refereceless“. “referenceless" is about the impossibility of withdrawing meaning from an image. The photographs created by Herwig Turk on an empty computer screen appear to fulfil this primordial function with scientific precision. The pictures were created artificially to look like something meaningful yet unknown. They translate a subtle attempt to question the symbolic value of legitimacy as a means of ascribing authority and the power of discourse in ascribing meaning to an image. The photographs presented in „referenceless“ seem to be expropriated by the arts and appropriated by science. These are “scientific” pictures that, in their own context, would represent trivial elements of registrating an informational processing. There is, however, rigorous discipline in the production of these images. The pictures represent abstract paradigms of knowledge, suprematic forms of portraying scientific knowledge, opening new avenues that allows for the questioning of its proceedings.

There is a clear deliberation to exclude the author from the creative process. Nonetheless, Turk's photographs require the observer to confirm their meaning. The intrinsic intervention of the observer, which in science is an instrumental part of the scientific process, is required to certify that paradigm. Wittgenstein once suggested that when one cannot see anything its always helpful to take a closer look. Many of the highly reputed scientists that viewed these pictures, looked really close and saw a few things. There are a number of common elements that are described by most of the scientists that analysed these images and that ensure the unity and cohesion to the communication codes that are characteristic of the scientific process. For example, all of the biologists agree that the images represent microphotographs of biological tissues or cells magnified through microscopy techniques. Scientists use a common language with reference to shared codes, symbols, standardised semantic formulas, and well identified hierarchies of knowledge. The scientific language is, in this respect, a meta-code. A functional, but minimal telegraphy with no excesses or redundancies, as is revealed by the legends to these images.

It is only through the scale of magnification that details susceptible of interpretation are revealed. It is not particularly important if these photographs are a calibration standard for a laser confocal microscope, an electric signal modulated by the neuronal cells of a zebrafish, if they represent the cornea of a monkey, or a cataractous lens of a whale. What seems to be important is the rigour and precision in the identification of details in subcellular structures. However precarious, the idea that the closer you get the more you see, and that the more you see, the more you know is well illustrated in the descriptions and legends accompanying these pictures. „referenceless“ photographs, which portray objects or landscapes that do not exist are associated with a hyper-real legend written by a scientist. The unsettling and disturbing unity created by the set formed by the photography and its legend creates a heterotopia “a place of impossibilities, a place without a place, a non-place, on the level of language” (Foucault), where all contradictions co-exist in a real space. By exploring and crossing traditional boundaries between science and art, it is possible to denunciate the structure of scientific proceedings. Moreover, it is possible to isolate and highlight the symbolic nature of science and its means of social representation, emphasizing its strong dependence on perception.

According to Bruno Latour, the permeability between the site of experiments and its surroundings creates the possibility of producing symmetric analysis.