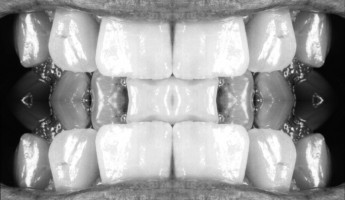 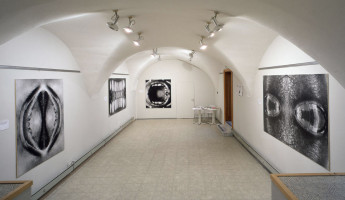 “Herwig Turk’s „Superorgane“ (Superorgans, 1993), fetishizes the senses as sexually occupied objects. In Turk’s computergenerated photographs, the mirror images of halved body parts make them threatening tools. The eye mutates through its isolation, doubling, and close-up into an unidentifiable organ that resembles a vagina. It becomes both the subject and object of a pornographic gaze.”
Christian Kravagna ARTFORUM International, November 1994, vol. 33. 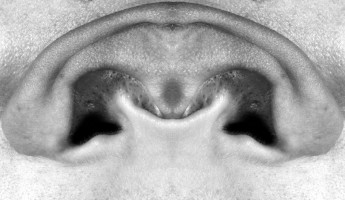 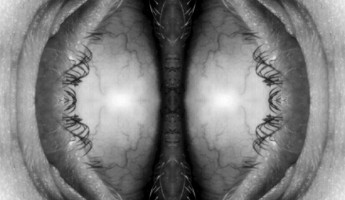 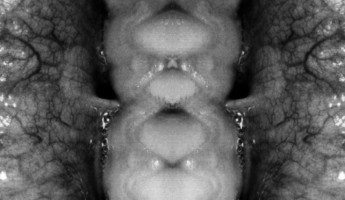 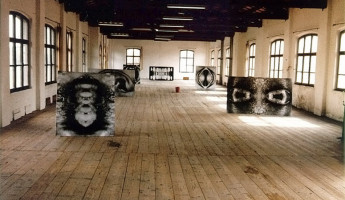 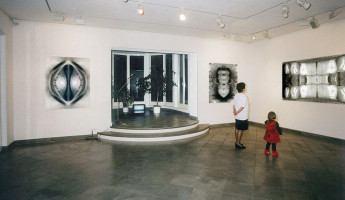 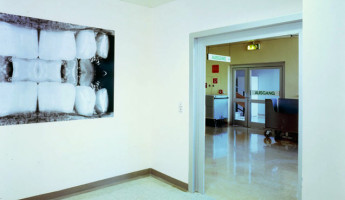 Herwig Turk generates his “superorgans” through the computer-assisted mirroring of photographic details taken from pictures which show familiar human organs, usually rotated around an angle of 45 degrees away from the position in which the viewer is accustomed to seeing them; the ruptures or cuts thus created along the axis of symmetry are fused artificially. The entities formed this way are self-contained and organomorphous, their outward appearance largely corresponds to the principle of biological symmetry, and they vacillate between familiarity and alienness, between what is known to us from nature and artificiality, offering several mutually interfering readings: In view of what they represent, their organic referents, the “superorgans” position themselves in the center of a discussion ubiquitous in all disciplines - about genetic manipulation, organ grafts and plastic surgery. If we concentrate on how they came about in terms of form, i.e. the underlying process of photographic reproduction, they mutate into critical evidence of day-to-day practical manipulation in the technical production of images and awareness. Focusing on the process of perception as we try to interpret the “superorgans”, we find that our vision is failing us as we seek to clearly identify them, which draws our attention to the process of experiencing vision, of perceiving perception, as we attempt to see what they are.

The artificial or constructed origin of the “superorgans”, which takes shape in the retouched axis of reflection, is not only the heart of the matter or the site where each approach to interpretation takes hold first; the axis of reflection is at the same time the site of undecideability for all possible meanings. It is, to paraphrase Slavoj Zizek, the place in the picture where the symbolic action of interpretation is triggered off, a gap in the center of the symbolic order around which the incommensurable field of signifiers is resynthetized again and again, which causes the formation of symbolic structures compensating for it, of meanings to the “superorgans”, and which thus implies that it is impossible to constitute any of these meanings exclusively and without contradiction.